I’ve been following with interest and enjoyment the recently emerging literature on systemic coaching and systemic team coaching. As a Constellations practitioner and teacher for the last twenty years, the systemic orientation at the heart of this work has shaped my whole practice.

Yet while systems thinking and systemic approaches are finally gaining currency and credibility with coaches and our clients, people new to systemic organisational development are often confused by the diversity of thinking and the difference of emphasis among experts in this field. For example, are writers talking about open or closed systems? Is Complexity Theory the same thing as Systems Theory? What is the difference between systems and fields? My brother-in-law last week told me that he is being taught about systems in his accountancy work: but he was surprised by my very different systemic philosophy, which would not work for him in his process re-engineering context. As far as systemic work goes, it’s a Humpty-Dumpty world – words can mean whatever we want them to mean. 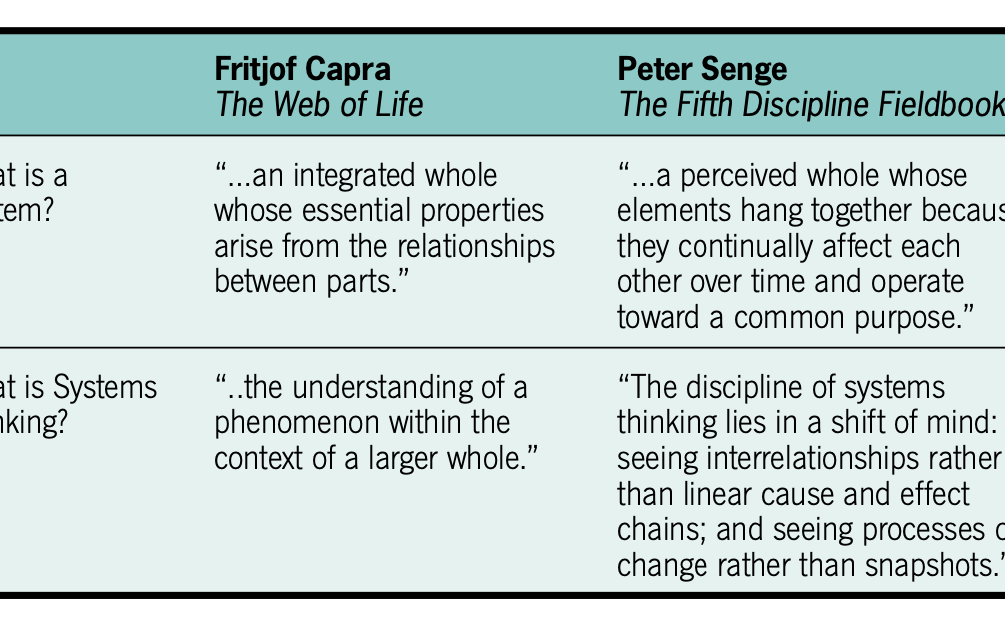 It is certainly the case that most systemic practitioners share common ground. We strive to see wholes rather than isolated parts and we prioritise looking at the relationships and interactions between these parts. We also have a shared interest in working with patterns of acting, relating and communicating rather than working with behaviour or content that is more decontextualised. We actively cultivate contextual awareness and look for invisible dynamics - knowing that open systems do not behave in linear, cause-and-effect, mechanistic ways (having so many leadership development workshops cancelled in the last two weeks and being unable to buy loo-roll because of a flu virus is a perfect illustration of quantum non-locality – the unintended consequences of action-at-a-distance). 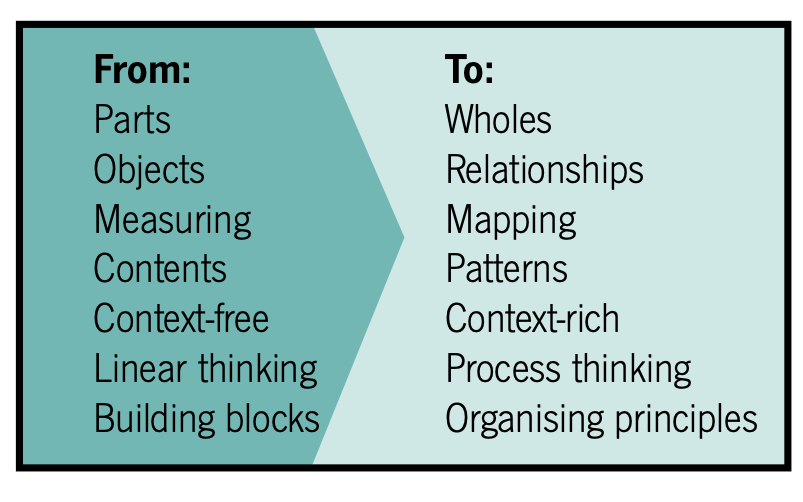 Within this range of similarities, I think that it is worth clarifying that Constellations is different in a number of its systemic perspectives:

I think these distinguishing features of Constellations work are worth noting – not only to acknowledge the uniqueness of this work, but also because our interventions are stronger and can be used more effectively when we use terms and the methodologies they represent, with precision and understanding.